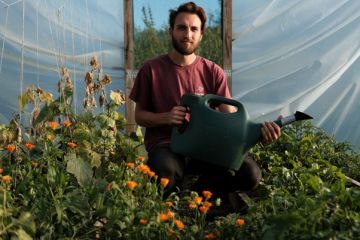 Here is an account from 2 residential volunteers - Nina Rosner & Ed Dingli - about their time here at Magdalen Farm in 2019.  Read the full details and see the most amazing picture by clicking here. 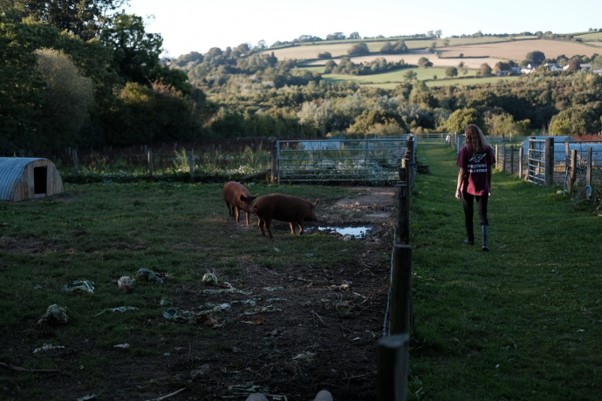 Nestled between the borders of 3 southwestern counties – Dorset, Devon and Somerset – is Magdalen Farm, a 132-acre organic working farm and educational charity. Magdalen, which is certified by the Soil Association, attracts hundreds of visitors every year to get outside and learn about sustainable farming practices.

What most people consider 'normal' food production is actually catastrophic to nature and currently at a global breaking point. While agri-business giants continue to push chemical quick-fixes like pesticides, herbicides and artificial fertilisers, we face a mass extinction of life everywhere and our soils grow more depleted each year. Industrial-scale farming is one of the biggest contributors to climate change yet it is often left out of the mainstream, energy-focused debate. Transforming our farming systems to work with, not against nature, is imperative whether we're motivated by climate change or simply the health of our planet and our ability to grow food in the future. Millions of smaller-scale farms across the globe are already doing this, and Magdalen Farm is one of them. This is what drew Ed and I to live and volunteer here for a month.

Like many organic farms, Magdalen is a place of beauty and diversity, with meadows, woodland and orchards amongst its animal fields and fruit and vegetable gardens. Encouraging nature means that organic farming is slower, yet superior on every level from food quality, to biodiversity, to the health and condition of the land. On our first day we were given a tour, starting with the animals who are mostly reared for meat. We’re both vegetarians who’d never return to meat-eating if given the choice. However, if one is to eat meat, organic is a million times better than non-organic, with some of the best welfare standards the country has to offer. More space, a varied natural diet, and no routine application of antibiotics and other medications means animals in organic systems are much happier and healthier.

We met the ‘meat chickens’ first, who we learnt are reared for about 4 months before being sent off to slaughter. It’s a short life, yet significantly longer than their non-organic cousins who are killed usually before they reach six weeks. Unlike the horrific conditions most chickens the world over are subject to, Magdalen’s flock have space to wander on the grass, bathe in the sun and, spared from industry's standard wing-clipping, able to demonstrate natural behaviours. We both found ourselves quite drawn to the chubby birds and their endearing habits.

The egg laying hens are a different breed with their own funny noises and personalities. Collecting eggs each morning – sometimes as many as 50 at a time – was a task we always enjoyed. I wondered whether the hens minded us taking their eggs, but they never showed aggression – more, perhaps, a slight irritation at their morning perch being disturbed.

As residential volunteers, one of our routine tasks was to put the chickens to bed each night. In other words, we had to lock them up in their coop safe from foxes and other predators. The wise laying hens knew the drill; always tucked up in the coop by nightfall. Some of the younger meat chickens hadn’t quite caught on, and had a habit of nesting under their coop on rainy days, which made for a very muddy and unpleasant task of yanking them out against their will. “It’s for your own safety!” we repeated in response to their irritated squawks.

Next door to the chickens was 'Pigadilly Circus', an area with 8 enclosed pig pens used on rotation, so that while some are occupied and being trampled by the pigs, others have a chance to recover and regrow. Residents at the time were Mango and Chutney, two young ‘Mangalitsa’ mixes, Harry and Hermione, two adults everyone hoped would mate, and Myrtle, a heavily pregnant sow who gave birth to 12 piglets half way through our stay.

The pigs at Magdalen are amongst the best treated in the country. Like all farm animals, the majority of pigs in the UK are reared intensively, growing up in crowded barns with limited space, fed on an unhealthy grain diet and routinely pumped with antibiotics and other medication. Piglets are taken from their mothers as early as three weeks after birth. On top of this, many of them are subject to human aggression and violence. They live short, nature-deprived and unhappy lives before being sent to slaughter.

Organic pigs – only 4% in the UK - live outside enjoying a varied diet of natural grasses, weeds and wildflowers (and when they’re lucky, unwanted veg from the garden). Piglets stay with their mum for at least three months, by which time they’re happily snacking on whatever they can find and can more easily be weaned off. While we commended these living standards, Ed and I couldn't condone the killing of these animals, let alone be persuaded to eat them. 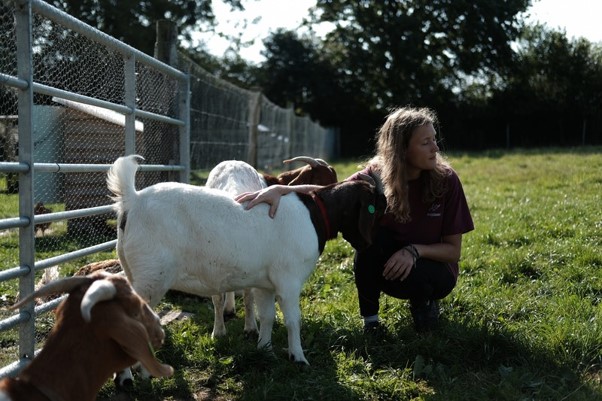 We had the same feeling about the farm’s Boer goats who are kept for both meat and conservation grazing. Our favourite animals on the farm, they had wonderful personalities and were totally accustomed to human interaction, running up to the fence enthusiastically every time we approached their field. In contrast with their reclusive companion Jenny, a 26 year-old ex-funeral horse, the goats were playful and giddy, enjoying nothing more than a scratch, nibble, or even better – testing their balance on our backs.

Aside from animal care, we spent most of our time in the veg patch which suited us well. Run by Lindsey, the veg garden and polytunnels are the most colourful section of the farm and we were around for the peak September harvest. Tomatoes, squash, beetroot, courgette, cucumber, carrots, chard and aubergines sprouted everywhere, forming a patchwork of colour and culinary delights. The orchard and berry bushes were overflowing.

The veg garden provides a great example of organic agriculture at work. Attracted by the variety of plants and flowers, bees, butterflies and other pollinators buzz everywhere. The soil, rich with earthworms, encourages birds who in turn provide some natural pest control. No chemical fertilisers or pesticides are to be found here. Instead, the soil is enriched by crop rotation, homemade compost, manure and nitrogen-fixing plants. Pests are managed with nature-friendly methods like netting or natural deterrents. In a continual cycle of observation, adaptation and trial-and-error, this organic system always harnesses nature's wisdom rather than trying to suppress it. The results are discernible in produce that tastes amazing, and that research has shown is actually nutritionally superior to chemically-grown veg.

Magdalen Farm is the ultimate classroom for children and adults alike. At a time when our planet is in crisis, and much of it owes itself to our faulty food system, there is no education more important than that of Earth-friendly farming.